Welcome to the final instalment, part 4 of our IoT security vulnerabilities blog series. As I’ve mentioned in previous series articles, there are many challenges facing the modern day IoT environment, for example:

Many companies are considering applying PKI or FIDO technology to address the issues.

To this extent, I’m going compare our One-time-authentication-code (OTAC) technology and highlight our advantages over other technologies.

Without PKI, the secure data transport between clients and applications would be extremely complex, since every application should devise its own mechanisms for transporting data securely between them.

As useful as PKI is, FIDO protocols have a few advantages over PKI.

FIDO is simpler for end-users to use, and for application developers to integrate into web and mobile applications.

Even more useful than PKI and FIDO, OTAC is a 'simple to implement' authentication  system for IoT environments.

Let’s take a look at the registration and authentication process between OTAC and FIDO.

Step 2) Send them back to user’s device.

FIDO on the other hand, works as follows. 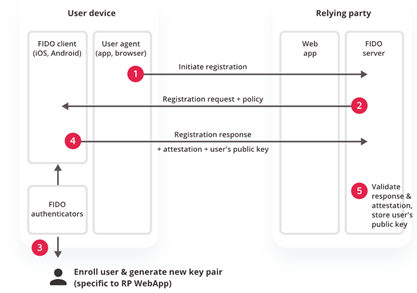 Step 4) Public key is sent to the online service and associated with the user’s account. The private key and any information about the local authentication method (such as biometric measurements or templates) never leave the local device.

1) User’s device sends OTAC once after creating OTAC authentication key and then OTAC server would verify the key.

Whereas FIDO works as follows. 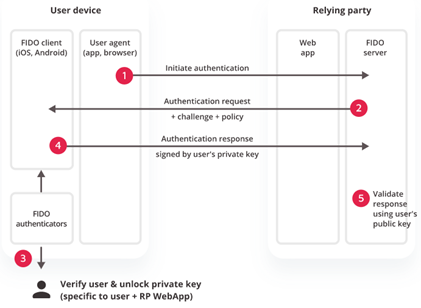 Step 1), 2) Online service challenges the user to login with a previously registered device that matches the service’s acceptance policy.

Step 4) Client device sends the signed challenge back to the service, which verifies it with the stored public key and logs in the user.

What’s the difference between the two?

OTAC communication is unidirectional, so OTAC only issues a verification request to the server.

However, FIDO communication is bidirectional, so FIDO requires challenge and response.

What’s the advantage in using OTAC?

Companies are often faced with a range of issues when they try to implement FIDO or PKI in IoT.

As I've already highlighted, IoT traffic needs to be quick and lightweight.

FIDO and PKI add an additional round trip to the start of every session.

Depending on the distance between the monitoring server and IoT devices or the latency of IoT devices, this can mean the communication latency increases. If using a  closed network and/or slow network, companies would no longer be able to use FIDO and PKI effectively.

To highlight the competitive advantage of OTAC further, swIDch recently announced that its OTAC technology will support PERURI’s Digital Transformation in Indonesia. The aim is to provide our unique OTAC technology as an authentication in line with the organization’s overall digital transformation business.

Why did the Indonesian government chose OTAC technology?

Geographical aspect: Indonesia has so many islands, which results in a very low internet penetration rate compared to other countries. 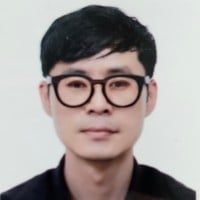