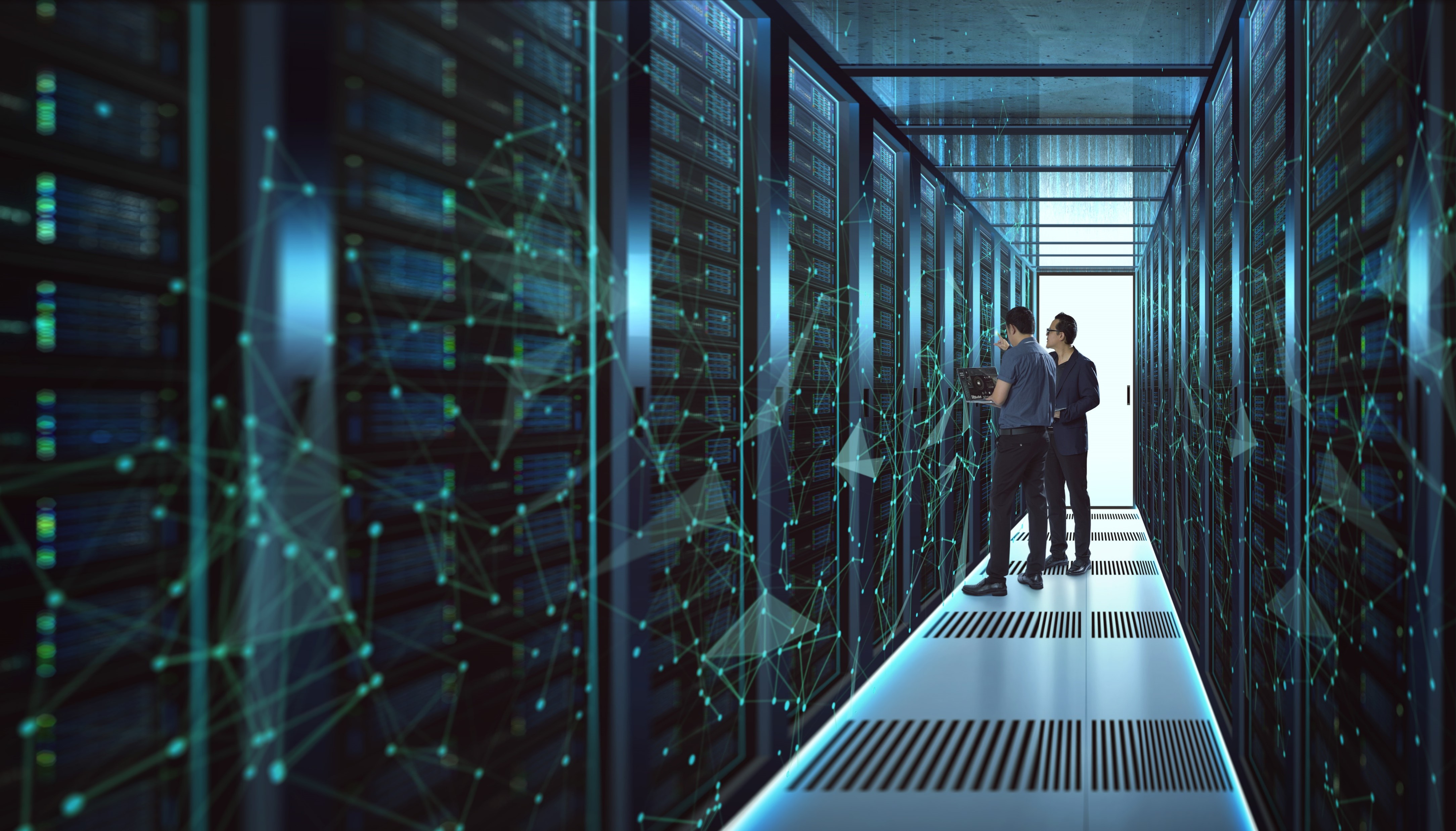 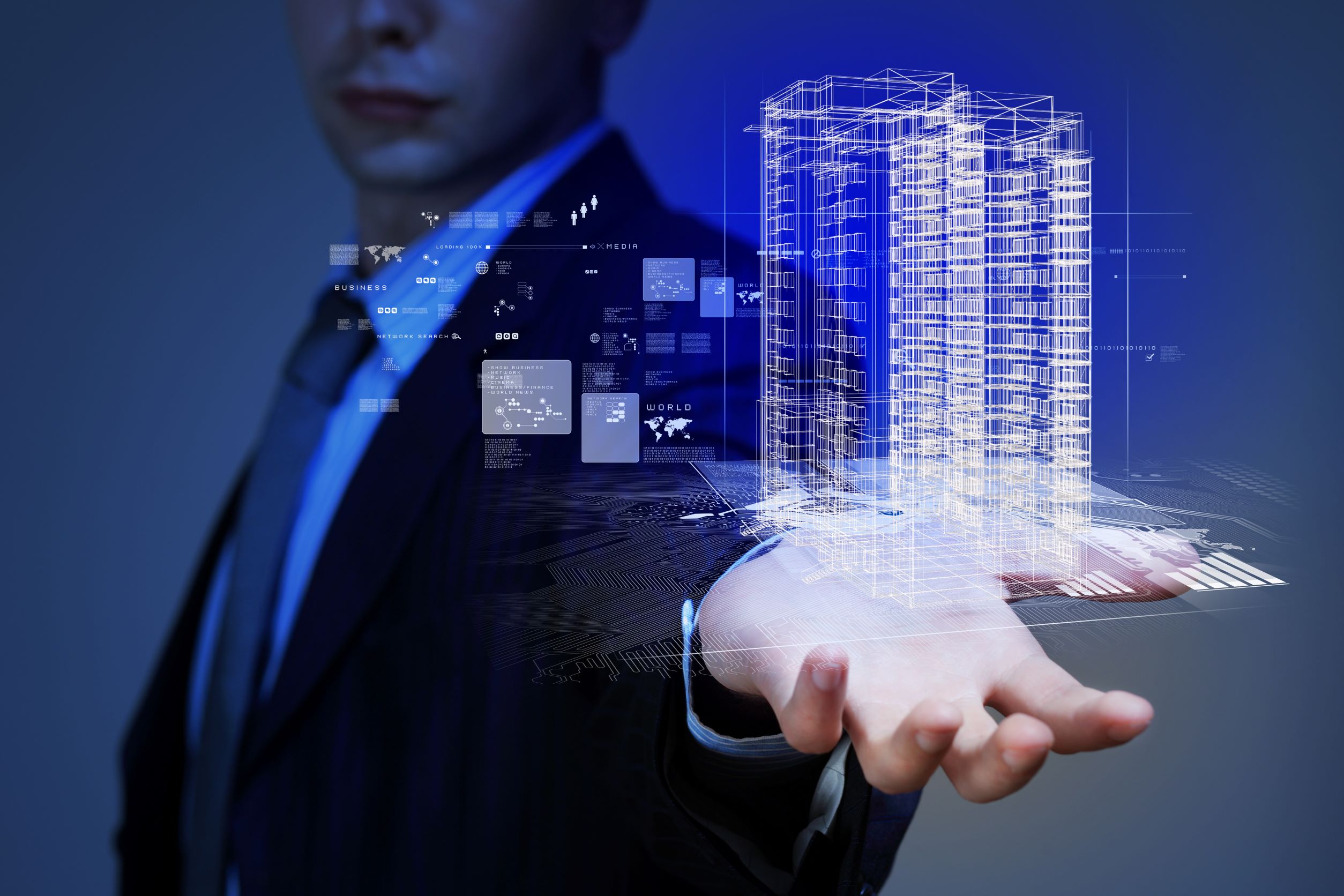 Enforce and maintain a more secure and accurate authentication
process with all IoT devices for businesses and homes.

According to Statistica, the number of Internet of Things (IoT) devices worldwide is forecast to almost triple from 9.7 billion in 2020 to more than 29 billion IoT devices in 2030. This proliferation of IoT devices makes them easy targets for hacking and malware. In fact, 32% of the enterprises that have already adopted IoT consider data security issues related to the lack of skilled personnel to be the most critical concern for their IoT ecosystem.. Of course, various defense measures have emerged to prepare for these security threats, but there is a limit to encompassing low-cost, low-spec IoT devices.

In 2021, a hacker group hacked a large amount of security camera footage collected by a Silicon Valley startup, accessed live feeds of 150,000 surveillance cameras installed in corporations, hospitals, schools, police departments, and even prisons, and released some videos as they were. This is a clear example of how easily an IoT hack can peek inside a sensitive organization. If you use an IoT password that is weak in terms of security, and do not upgrade the firmware of communication equipment such as a router that transmits command to IoT devices, or use unprotected network services, IoT devices will be easy prey for hackers.

Numerous cyber threats such as deep fakes, phishing attacks, malware, and ransomware are now not only hacking home network security cameras. Unauthorized access and intrusion are also potential risk factors, and as a result new laws are emerging. In Europe, the focus is mainly on the imposition of manufacturers' security obligations such as the ban on basic encryption on smart devices and equipment, while in Asian countries including Korea, structural solutions such as the application of encryption technology are being actively discussed.

Unlike mobile devices that evolve into a single computer on their own, IoT devices range from high-performance devices such connected car to low-spec devices like a smart lamp that simply turn its power off and on. Therefore, there is a limit to applying a high-spec security solution that guarantees strong security to all low-spec, low-power IoT devices currently sold the most in the market. Accordingly, the demand for an IoT security solution that can cover even low-spec IoT devices is steadily increasing.

swIDch’s IoT Auth Platform OTAC provides a secure IoT communication environment by blocking the possibility of device hacking and control through dynamic codes that change each time they connect and command. Based on OTAC, a lightweight technology of less than 4KB, the OTAC Applet is embedded in the SIM card to implement strong end-to-end IoT authentication and control command protection that covers even low-spec IoT devices. In addition, it safely transports the control server command to the device to block the execution of various control commands that are not valid.

swIDch’s IoT Auth Platform OTAC passes through the process of verifying data through the OTAC Applet embedded in the SIM card and firmware, and delivers the server's command to the IoT device safely and quickly. Currently, most IoT systems use a fixed value or unencrypted plaintext to pass a command. In addition, since there is no step that acts as a security gateway between the control and the device, if the command is stolen, the IoT device can be controlled by an unauthorized system. swIDch generates a different OTAC for each device every cycle, authenticates the device, and secures data integrity by verifying that the data is invalid if the transmitted data during OTAC generation is tampered with.

[As is] IoT device control problem by unauthorised system 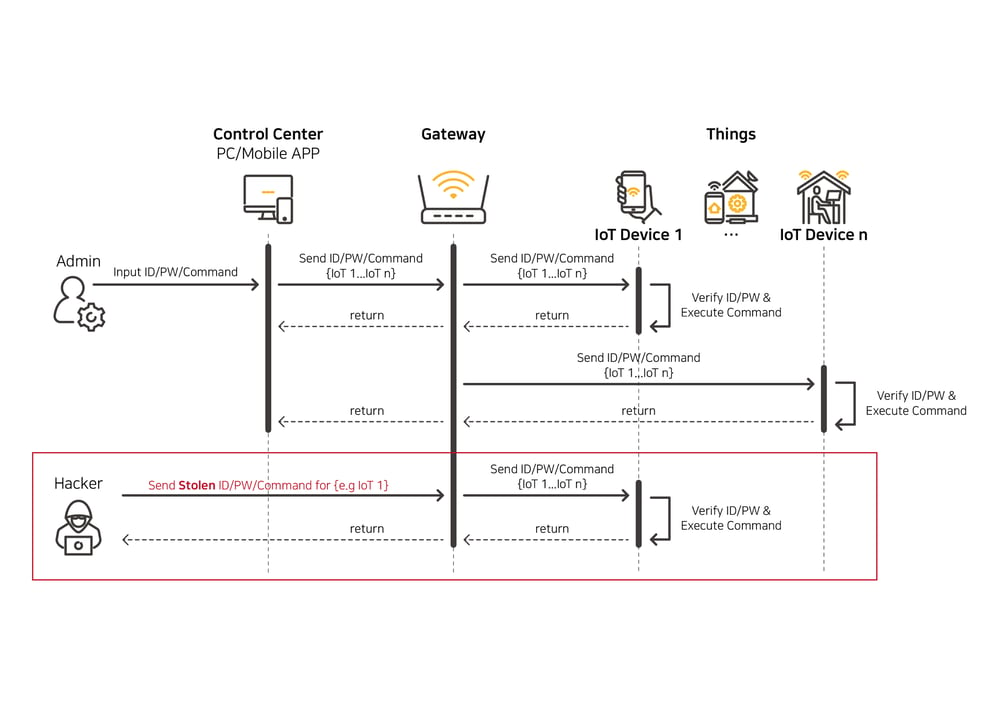 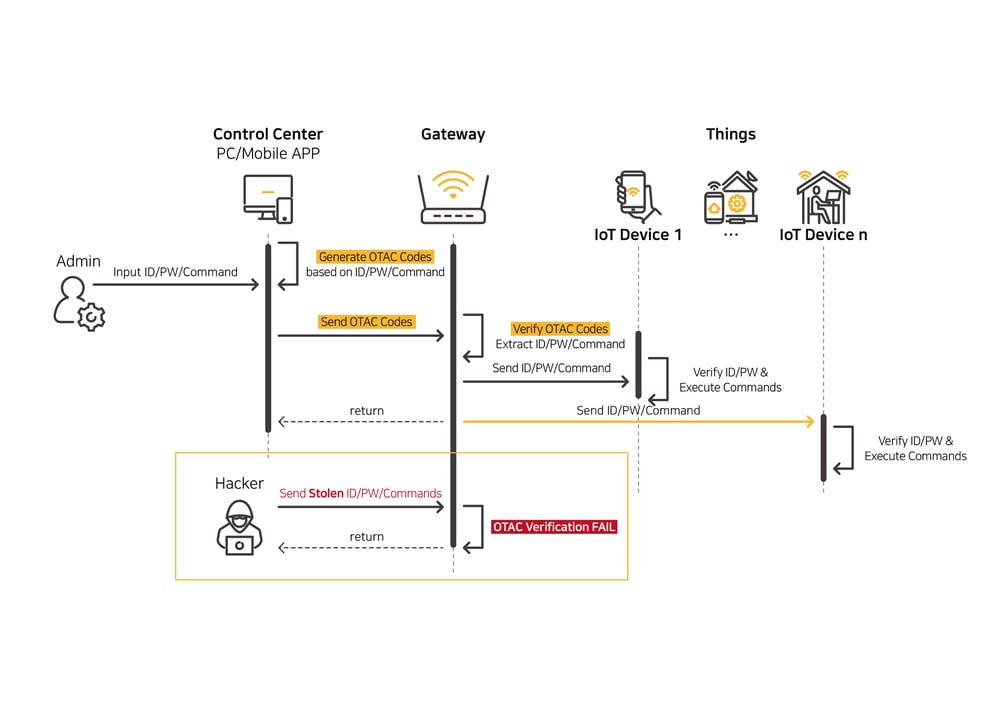 Recently, hackers who attack IoT devices often manipulate the device firmware to download illegal firmware or plant malware on the device. swIDch uses hashes of firmware files as a seed when generating OTAC to verify and execute only OTA commands sent from valid IoT servers. Therefore, since the download command from the unauthorized system itself is not approved by the device, it can naturally block the occurrence of illegal software downloads.

Supports both on-premise and cloud services

The OTAC system built on-premise allows telecom operators to provide additional security products other than virtual private networks (VPNs) as additional services. It can be used as a service to secure new subscribers and create revenue sources by adding it as an option to the current IoT line plan itself.

Telecom operators can use the IoT auth platform OTAC through the cloud service provided by swIDch without building their own OTAC system. swIDch provides OTAC APIs to IoT device companies that provide IoT services of the telecommunication service providers.

Sustainability and high availability (HA) are critical keywords that underpin the products, services, and consumption of this era. swIDch contributes to reduction in system construction and maintenance costs by reducing resource usage such as CPU and power through OTAC, a lightweight technology of less than 4KB, while shortening the time-to-market based on seamless integration, enabling telecom operators to provide new services quickly without failure or new infrastructure.

OTAC is a lightweight technology of only 4KB, so it consumes very little CPU load or power. OTAC Applet embedded in a SIM card is an eco-friendly technology that uses only 20KB of memory. However, since it performs a security role similar to TLS required by IoT SAFE, it is possible to build a strong IoT authentication security system with fewer resources. In addition, it can be used as a cloud service without the need to build the system, which results in reduction of the initial deployment cost.

As swIDch’s IoT Auth Platform OTAC provides a new solution to the security, computing resource, and cost problems of private networks and virtual private networks (VPNs), it is particularly suitable for the IoT industry that uses low power.

Since it can be applied as an inexpensive and lightweight security solution comparable to PN and VPN telecommunication operators can create new revenue models for IoT service providers who don’t require much video and data transmission or have cost-conscious clients.

swIDch supports embedding the OTAC Applet in the SIM card from the start, but it also supports downloading or updating to SIM cards already in service. It accommodates not only regular SIM cards, but also eSIM (embedded SIM) and iSIM (integrated SIM), allowing multiple options for telcos and businesses alike. A SIM card embedded with the OTAC Applet is applied to communication equipment such as IoT gateways and routers or IoT devices that can be equipped with a SIM card, and is connected to the backend of the carrier through the LTE network, so the integration work is very simple. Also, the time to deployment and service launch can be shortened as it can be installed in the firmware of IoT devices or various mobile devices rather than the SIM card. 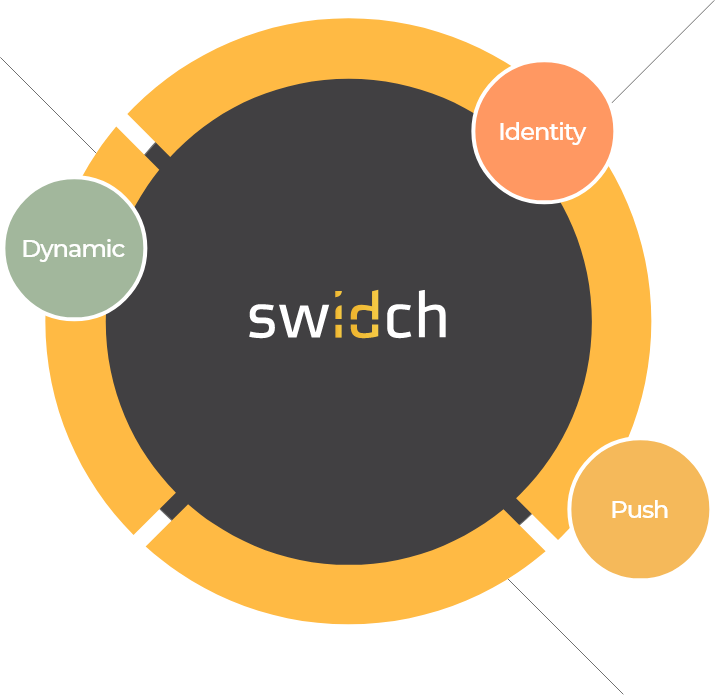 How to pre-emptively deal with the risk of vulnerabilities in Industrial IoT
The assumption that hackers take control of the internet of things (IoT) and cause serious problems to our society is an agenda repeatedly raised by many futurists and security experts. You may intentionally dismiss it as a story that could only be found in Isaac Asimov's science fiction novels, but now is the time to face reality.
Read More
Smart factory vulnerabilities: operational aspects are not the only thing at risk
IoT provides opportunity for businesses to improve process, increase efficiency and thus productivity. Often times, this is as a result of a better end user experience, which for businesses can also be employees. A study from 2018 detailed how large scale IoT implementation helped contribute to improved levels of engagement amongst employees resulting in increased productivity, an increase in job satisfaction and improved performance which in turn positively impacted customers.
Read More
Top 3 IoT Security Trends for 2022
For many 2022 has been highlighted as critical in terms of IoT security, with The PSA Certified 2022 Security Report labelling 2022 as the ‘turning point’ year signalling a paradigm shift in the way companies approach the topic. In the report, 88% of respondents agreed security was a top three business priority, 96% viewed security as positively impacting their bottom line, with 68% of respondents agreeing trusted components built on the Root of Trust are vital to unlocking security at scale.
Read More